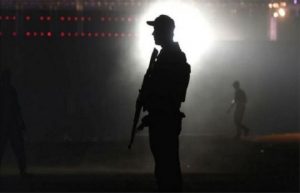 Police in Japan have arrested a woman after the body of her dead mother was discovered in a freezer in her flat….

Yumi Yoshino, 48, said that she found her mother dead and hid the body 10 years ago because she “didn’t want to move out” of the Tokyo home they shared, local media reported, citing unnamed police sources.

There were no visible wounds on the frozen body, police said.

The authorities could not determine the time and cause of the woman’s death.

The body was reportedly discovered by a cleaner after Ms Yoshino had been forced to leave the apartment due to missing rent payments.

The body had been bent to the fit in the freezer, police said.

Ms Yoshino was arrested in a hotel in the city of Chiba, near Tokyo, on Friday.