Todays news, Pakistan News Breaking Pakistan, Today's Latest News of Pakistan World and Business, Sports and Social media news, entertainment news, viral news, Is Fawad Alam the Only Player to Score Three Test Centuries Without a Fifty?
Sign in
Welcome! Log into your account
Forgot your password? Get help
Password recovery
Recover your password
A password will be e-mailed to you. 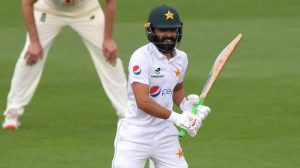 Pakistan’s middle-order batsman, Fawad Alam, scored his 3rd century on the second day of the opening Test match against South Africa in Karachi.,,,,….

Fawad Alam, who is playing his first Test match on home soil, scored 109 runs before getting caught by Temba Bavuma at short mid-wicket to Lungi Ngidi.
Fawad is playing his eighth Test and has scored three centuries without any half-centuries.

For those wondering whether Fawad is the only player to achieve this feat, England’s Ravi Bopara was the first player who scored three centuries with a 100% conversion ratio.
Bopara played thirteen Tests and scored a total of 575 runs at an average of 31.94, with 143 being his highest Test score.

Fawad Alam and Ravi Bopara are the only cricketers in the world to have converted all of their 50+ scores into hundreds. 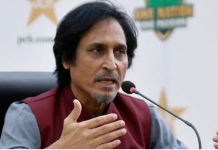 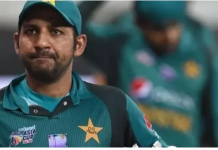 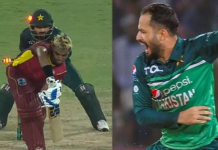