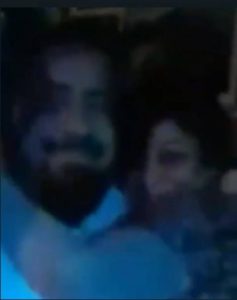 LAHORE – Another video of Mufti Abdul Qavi is going viral on social media in which he can be seen partying hard while hugging a woman tight.,,,,

The former mufti is reportedly under house detention imposed by his family after they stripped him of his title of mufti (religious scholar).


Abdul Qavi has come under strict criticism and backlash after controversial Tiktoker Hareem Shah leaked some videos of his where he can be seen and heard talking about his drinking and partying habits.