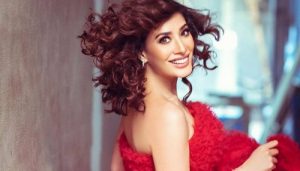 Leading Pakistan actress Mehwish Hayat has been juggling with films, television, singing for over a decade now and keeps on impressing her fans with her power-packed performances.

Honoured with ‘Tamgha-e-Imtiaz’ in 2019, the 33-year-old actress is one of the most bankable female stars in Pakistan. With strong star power and non-chalant attitude towards the moral brigade, the fiery yet confident heroine often lands in multiple scandals and this time around there is no exception.

A peculiar hashtag #MehwishHayatvideo started trending on Twitter last night which raised some eyebrows. Soon it spread like wildfire, and further digging revealed it to be a bold viral video. Claims are being made that the girl in the video is Mehwish Hayat.

While the video has everyone talking, the girl in the video is actually not the Load Wedding star rather someone who bears uncanny resemblance to her. 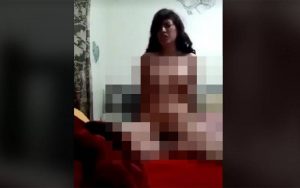 Moreover, Mehwish’s cryptic posts on Instagram since the last few days have left the fans concerned and dwelling whether their favourite actress is in depression or not.

“Why do I feel like I’m fighting on my own …”, she captioned her selfie, a day ago.

However, the Dillagi star is yet to comment on the alleged leaked video controversy.

On the work front, Hayat is all set to appear in film London Nahi Jaunga, penned by Khalil-ur-Rehman Qamar.