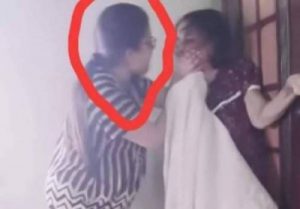 KARACHI – Police have arrested a woman for allegedly torturing his elderly mother-in-law in Karachi’s Clifton area, it emerged on Wednesday.

The woman, who has been identified as Afshan, was arrested after her husband filed a complaint against her for mistreatment with his mother.

The complainant told police that her mother lived along with his family, adding that his wife used to beat her mother.

“I used to notice bruises on my mother’s body on my return to home but whenever I asked about them I was told by my wife that she had fallen,” he revealed.

“One day, the house maid told me that Afshan used to torture my mother,” he said, adding that the maid also filmed his wife when she was torturing his 70-year-old mother.