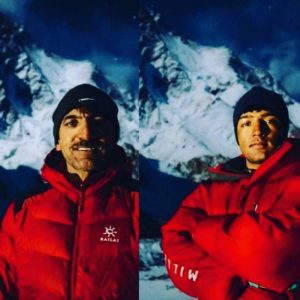 SKARDU – The search and rescue operation to locate missing climbers, including Pakistan’s Muhammad Ali Sadpara, who went missing while attempting to summit the second-highest mountain, K2, is temporarily suspended after it failed on the second day.

Heartbroken son of Ali Sadpara while speaking to reporters on Sunday said the search and rescue operations now only make sense if they are carried out to bring back the dead bodies, as the chances for anyone to survive at 8,000 metres for two to three days are next to none.

#SajidSadpara, son of renowned Pakistani mountaineer Muhammad #AliSadpara, who had gone missing while attempting a winter summit of #K2, has said that it isn’t possible for his father to survive. pic.twitter.com/jpe8o1B8Up

Sajid further added that a team of four started the mission on February 5. “I was without oxygen at a height of about 8,200 metres in the freezing temperature. My mental and physical health was getting affected after being there. I decided to return after my oxygen mask regulator leaked.”

Speaking about Ali Sadpara, he added, “I’m sure father summited the peak and was on his way back after which he encountered an accident which is why he is missing.”

The three of the missing mountaineers including Pakistan’s Ali Sadpara, John Snorri from Iceland and JP Mohr from Chile have not been lost.
Earlier on Saturday, two army helicopters flew to their maximum limit of around 7,800 metres for aerial search to locate the missing mountaineers. The teams failed to find any signs of the three.

Several experts, including local high altitude climbers and other members of the SST winter expedition team are part of the search and rescue mission. 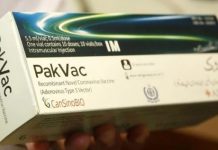 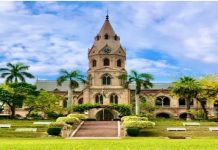 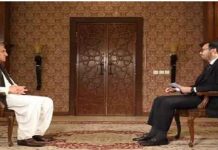